Basically, the tutorial is divided into two parts. The first part is about the basic steps to control the vibration motor by using the photocell sensor. And for the second part which I will show you how to control it by Captury.

Hardware You Need: (for each item x2)

So how do I test if the vibration motor works well?

The following circuit is the basic method to test your motor without photocell:

TIPS! For this circuit you may need a 1KΩ Resistor. 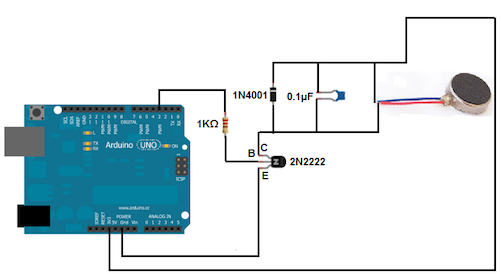