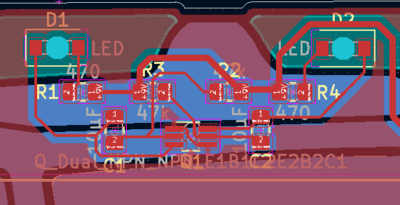 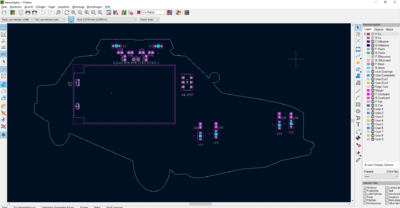 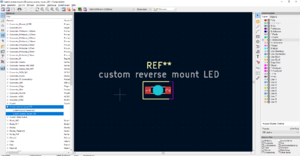 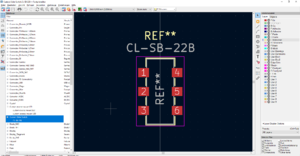 The PCB board is about 83mm times 153mm and it is 1,6mm thick. Before actually finishing the board, I had to get new capacitors because the ones I bought before did not have the right capacity. I had to improvise a bit and the end result looks clunky, since the capacitors a quite big. They lie above and overlap with the resistors R1 and R4 but because of the plastic at the bottom of the parts they do not interfere with the resistors. I had some spare resistors left and I experimented with them. I soldered two on top of the resistors R2 and R3, that were already mounted on the board, so that they are connected in parallel to each other. By doing this I increased the blinking speed of the LEDs. It functions how I wanted it to and I am happy with that.