The title ‚THE SCENT OF A FLOWER WE HAVE NOT FOUND‘ comes from a book titled ‚signs of life‘ and is a sensually metaphorical description of desire. The mental image and synaesthesia of scent this sentence conjures up inspired the red-thread of flowers -as memory fragments- that shows up throughout the experience. Overall I see my role for this project as a digital curator who‘s task it is to find visual and audio material, as well as thematic connections and storytelling methods to translate selected artworks into new forms for an immersive VR environment. (Re-inventing them in a new subjective context, while keeping their integrity.)

An immersive VR experience has the opportunity to go beyond the purely digital by also including further senses. My intention for an exhibition scenario of this VR experience, would be to create a space that includes a chair with a blanket similar to the chair the visitor will be on in the digital experience. (Preferably inside a clinical space enclosed by curtains (Inspiration: https://tankmagazine.com/tank/2018/03/stine-exhibition/)). I would also control the smell in the room through a soothing scent, both to draw a link to the project title and provoke a more immersive experience. During my research I discovered that a Ketamine-infusion therapy shows some remarkable similarities to a VR set-up that could be emphasised in such an instillation. Namely, patients are seated in a chair, given an eye-mask as well as headphones with soothing music and a blanket. It can be said that the Ketamine-infusion therapy is in itself an immersive experience, as patients receive their infusion and are left to experience an altered world of perception without ever leaving the room. 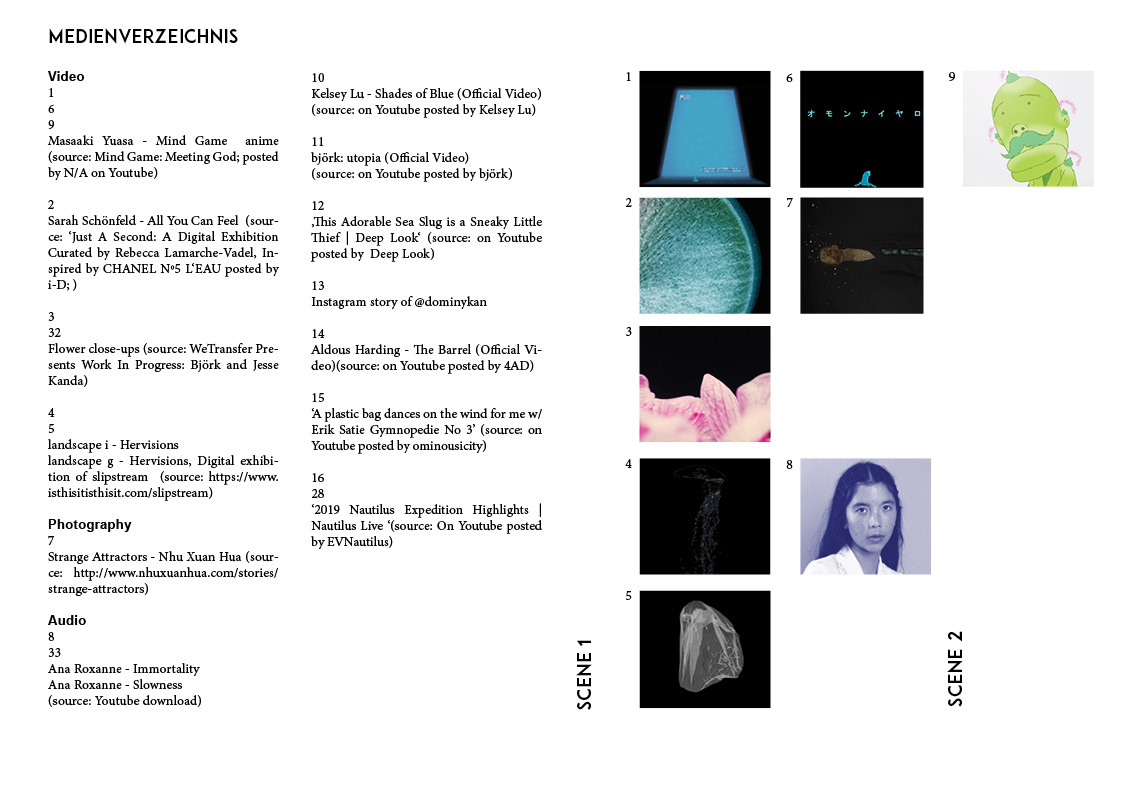 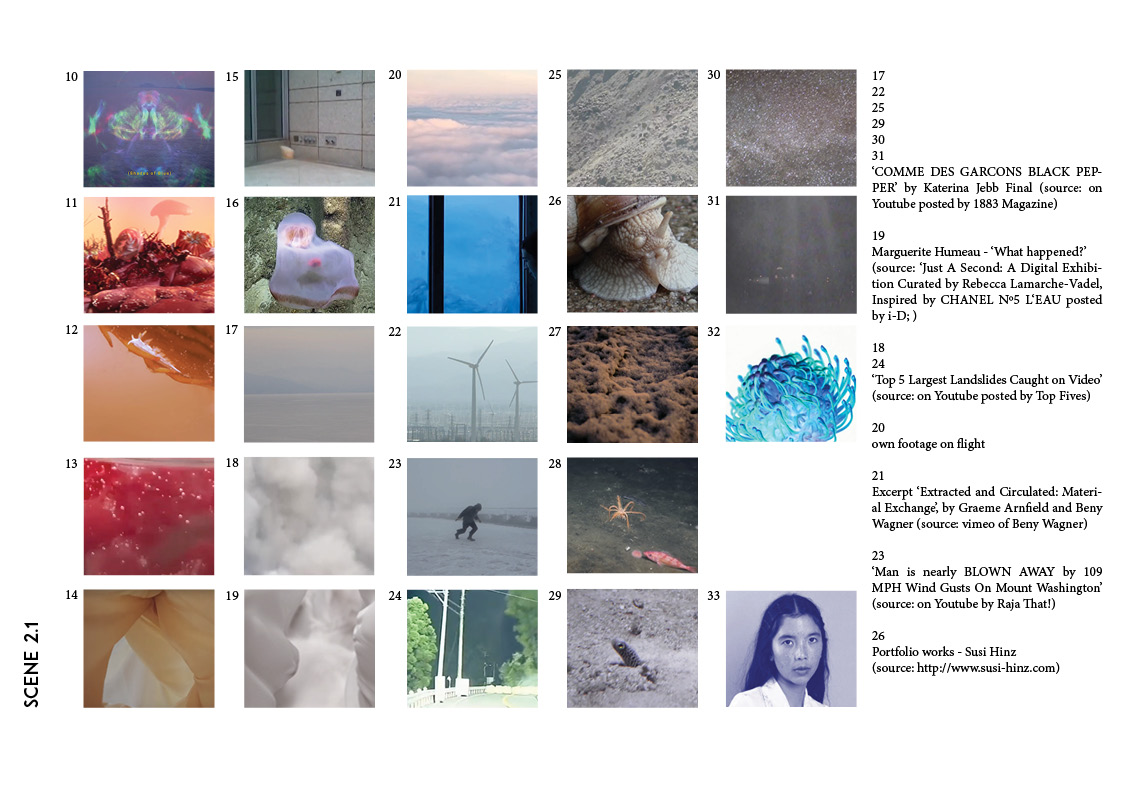 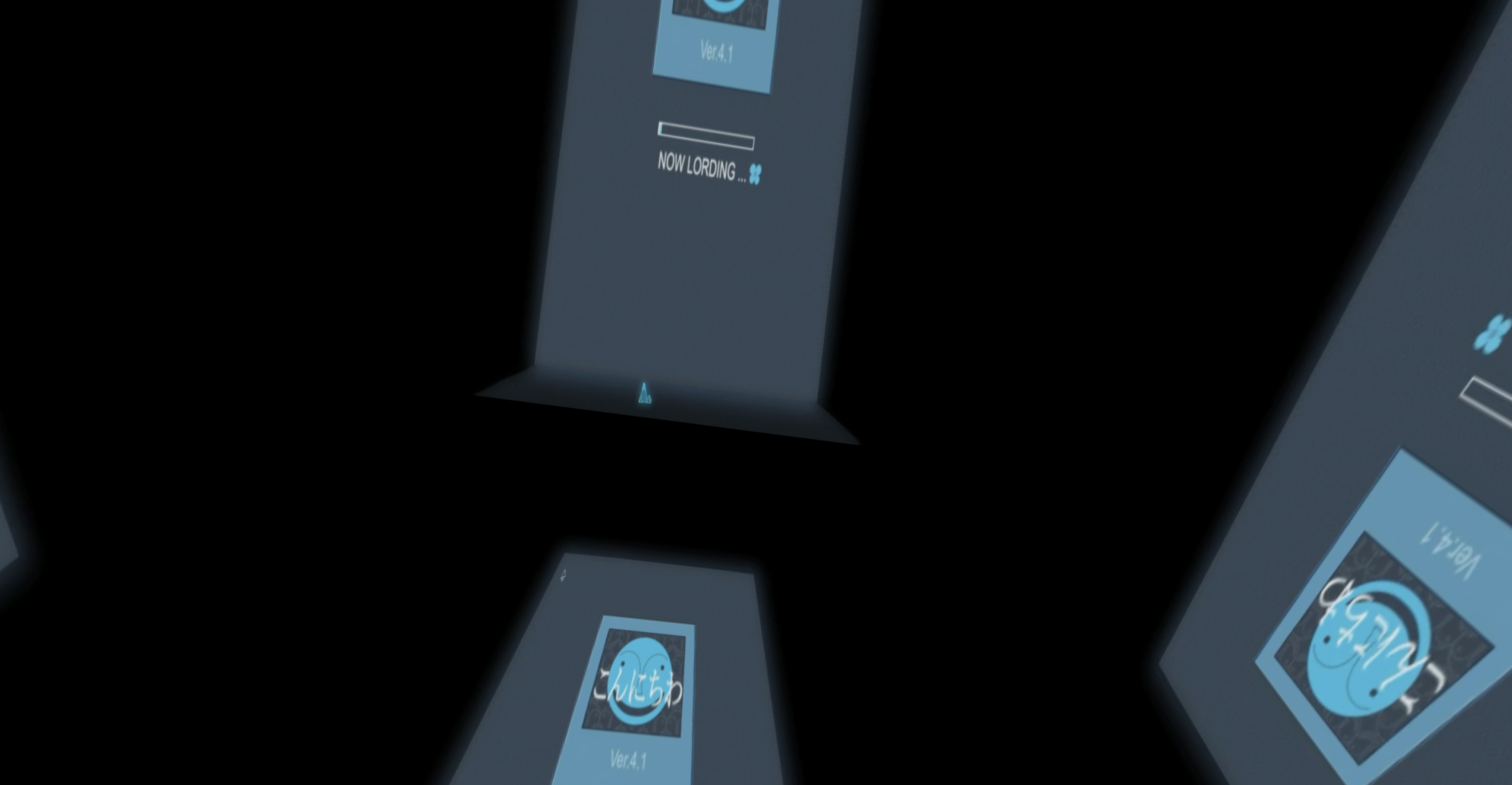 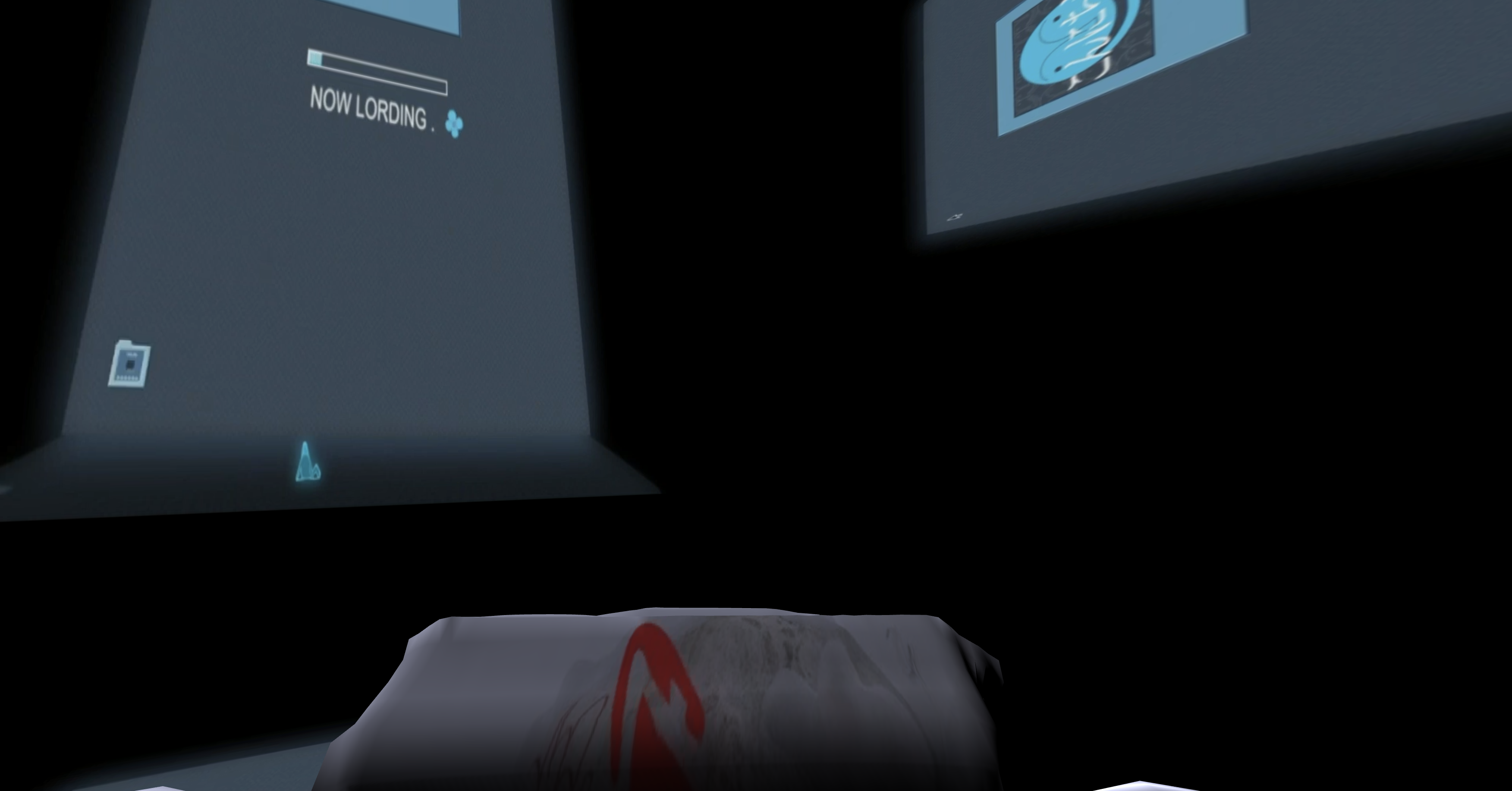 Both inspired by and using actual footage from the anime ‚Mind Game‘ the scene opens in, what could be understood as, an ‚out-of-body‘ experience. The opening scene the VR visitor sees, is of a small figure, alone, in a vast black space, confused - Are you seeing yourself from outside your body? Then suddenly a screen appears, revealing that this figure is also inside a digital space. 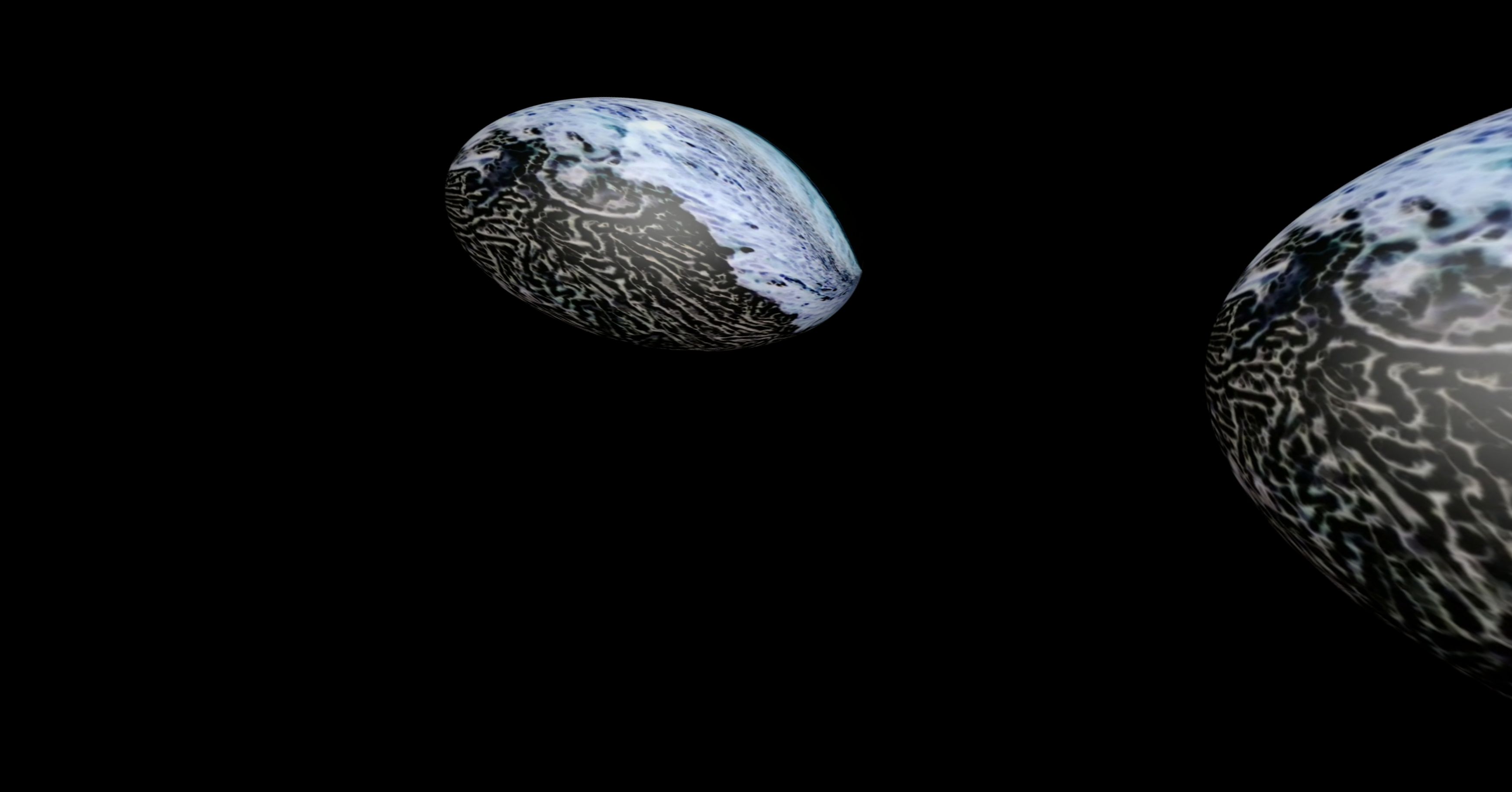