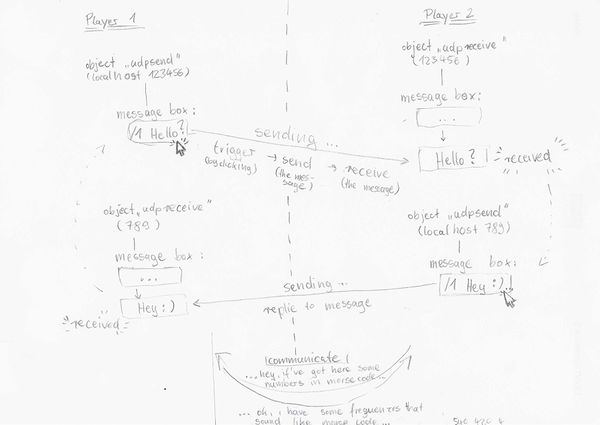 Here is how the game would work in theory: Every level contains one puzzle that is split into two parts, one part for each of the players. For example player one has the base information in their patcher that player two needs to understand and solve their side of the puzzle. So, player one needs to convey this information to player two by writing it to them via the message boxes. Player two can then use this information to decode their side of the puzzle and get for exampel a number code. This code (new information) then can be conveyed back to player one because they both need the code to "unlock" a prize for solving the puzzel but most importantly both players are needed to move forward in the game 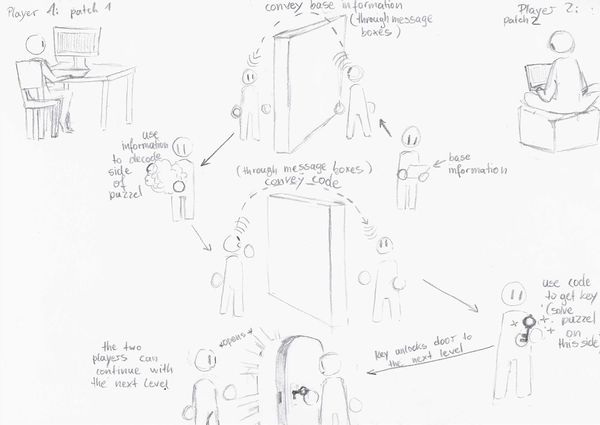 The actual part of the puzzel that player ones patcher contains are the visual and audio representation of a morse code. Morse codes can be deconstructed into "long" and "short" beeps, that tanslate into letters or numbers. The player can use the pad with these prompts at the bottom of their phone to more easily communicate the code to player two. Player twos part of the puzzel consists of an image of numbers and how they translate into morse code. With the "long" and "short" beep messages from player one, player two can translate the code back into numbers. With the pad on the bottom of their phone they can more easily tell player one the code, so they can both unlock their reward.