Tech vs Nature. What are men more afraid of?

The piece would be display as long as the event lasts. The main idea is that both devices be available for people to play around with them.

Technical aspects of the piece
Use of:

Tech vs Nature. What are men more afraid of?

We are still not used as a society to see animals or living organisms moving inside a museum. On the other hand, there is still a big generation that are not experienced with the use of multimedia screens inside a museum. In the case of Nature we can be afraid of hurting the animal, but from other experiences I have heard, sometimes because human beings are so used to their natural environment they won’t be afraid to play with these living organisms, they can even get to harm them. We must also think that because we are so used to the idea of a museum where some things are untouchable, people respect the organisms and they even respect technology too.

Maybe we are not totally afraid of these two, technology and nature, rather we show respect to the living organism and technology, but what happens with wearable technology? Many people have treated themselves as cyborgs, some examples may be Steve Mann or Neil Harbisson. They both have helped themselves to enhance their senses and some people have rejected them thinking “it is not natural”. In the case of Steve Mann, he was once assaulted in a McDonalds in Paris because he was wearing a system called EyeTap, this system is a pair of glasses which the employees from this food chain tried to tear apart from his head.

I guess we live nowadays with paranoia and we are still afraid of what we don’t know. But if you think about it, we know nothing about nature, we know nothing about technology. There is a general knowledge that people claim to be familiar with but the individual knowledge is something else, not all of us are familiar with our natural environment nor the technological environment. We are afraid of the unknown.

So and how is it working?

Since technology captured the entertainment industry (- or the other way round??) both together became a bigger and well nourished Cyclopes during the last decades. Especially the enhancement of the human body and perception through technology is a maxim we all are following and love to experiment with. We accept buggy technology - main thing is to upgrade, and we love to discover new features that are hidden behind those plastic-touchscreen-sensor-devices. The term of Virtual Reality, that started as a nerd-science-slot soon became socially acceptable- through devices like VR glasses or datagloves. In the late 1980 the technological glove was a futuristic device of the 8 bit Video Games.

What would happened then if we had to choose between technology and nature? We want to create two devices that will be attached to the hands (something similar to a glove). Both are going to give the human being the sensation of enhancing their touch. I am not very familiar with so many electronics so what I want to create is something simple. The devices will be connected directly to the fingertips through little sensors that will give the human little strokes on each one of their fingers. According to the materials that people touch the reaction of the strokes will be higher or lower. 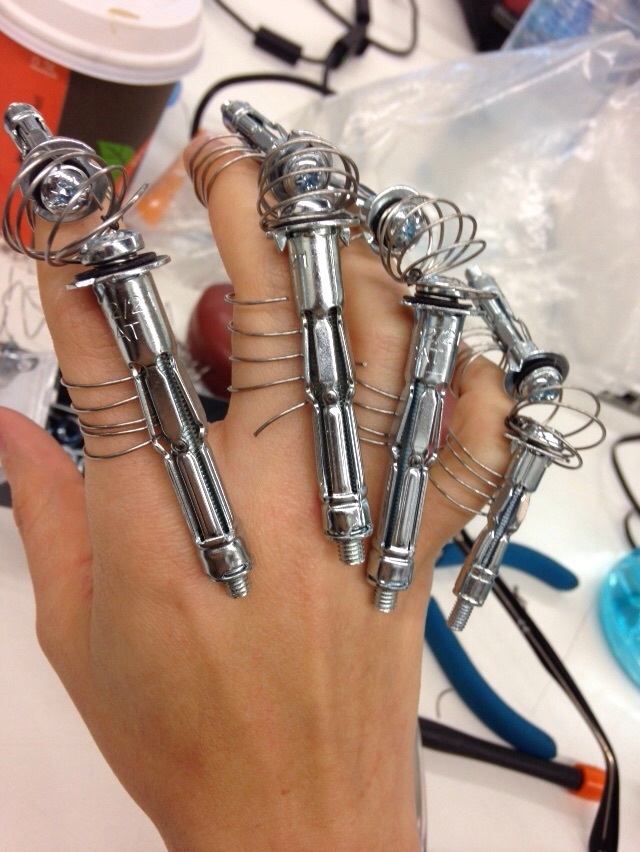 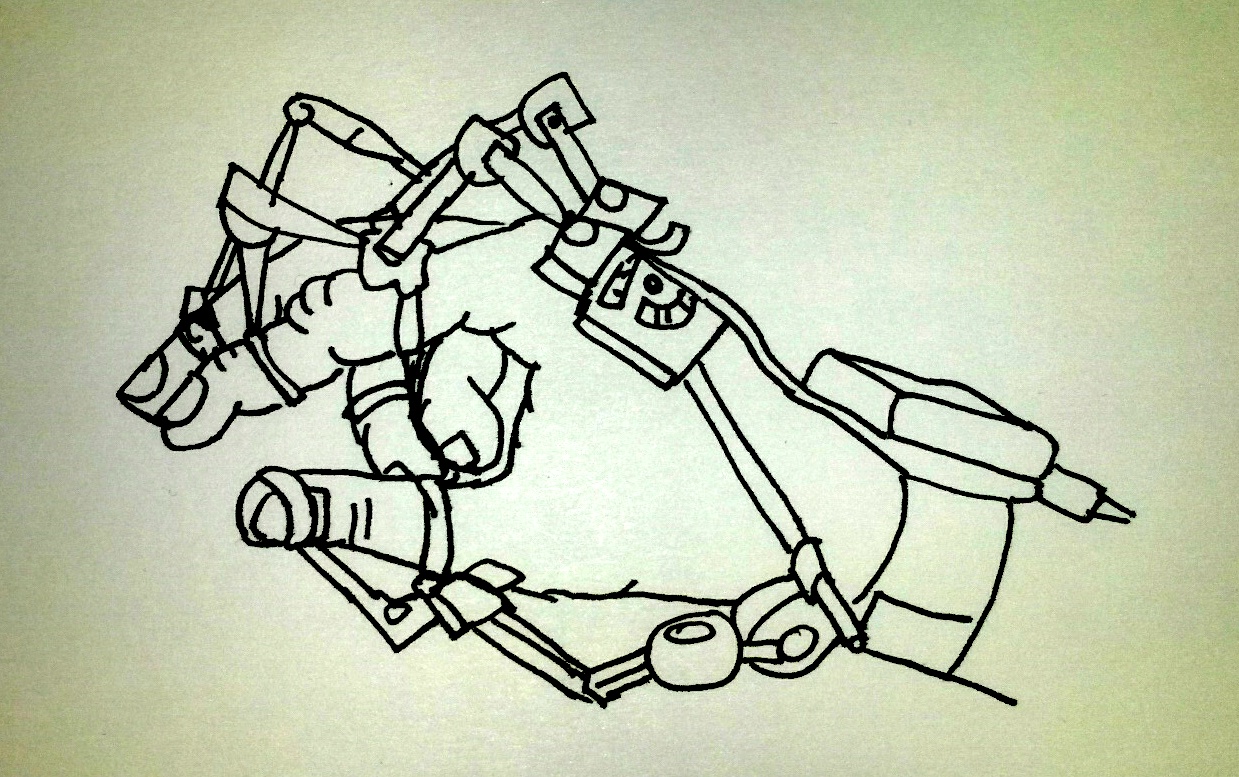 These two devices will do that same but both will be made out of different materials, one will made out aluminum and metals to give us the idea of a tech device; the other one will be made out of branches and natural conductors found in nature, this mean the aesthetic will be natural.

We want people to have the opportunity to decide which gloves they would like to wear, tell us why and also see their reaction as they wear them, then my hypothesis will be proved or disproved.