The reaction of these objects get observed and described in correlation to the concept of the "homunculus" and its cultural history. This gets documented and examined in a fictional documentary study.* 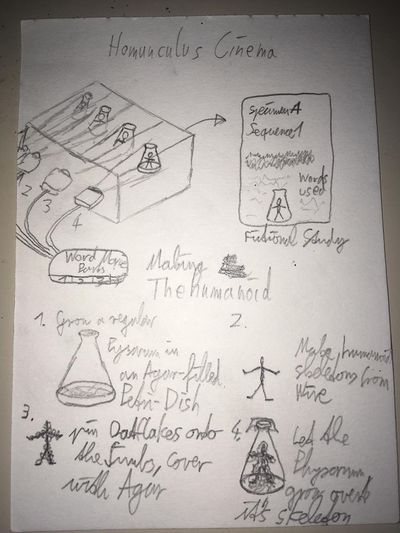