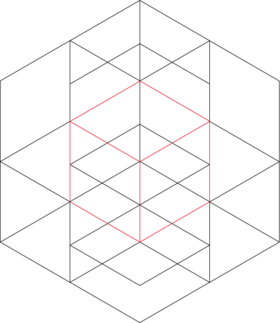 In the middle of the room stands a model, which is exactly the room itself (1: 20 scale). A webcam is set inside the model to capture outer images through the window of the model. In realtime, those images are projected proportionally onto the real window.

The entire installation is kind of a close system. Participants become elements of the system. The actions of participants are captured by the camera, start the loop, and as a result became the image on window , which are the actions themselves.

I found an interesting phenomenon while observing visitors during the summaery time. People mostly behave as they discover nothing when they come along. However, when visitors come as a group, they can easily get the idea by looking at others' images (which are projected onto the window).

I post this project onto a web community and get some criticizes. A guy told me that the virtual image can not 'see'. A 'negative watching' does not equals 'being watched'.

I think he's right, and i might be just too naive on this topic. If you have any comments or discussions, plz contact me with hyuqiong@gmail.com

Looking forward for your words. : )