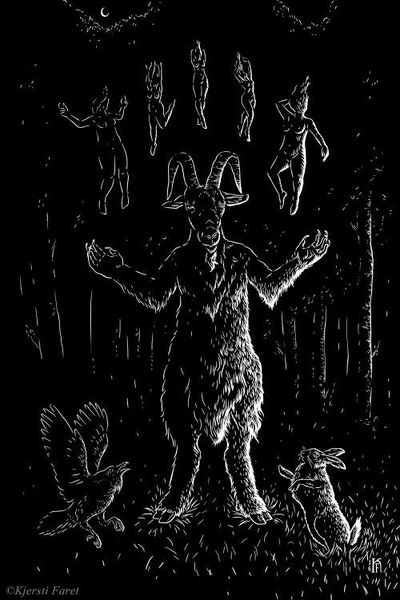 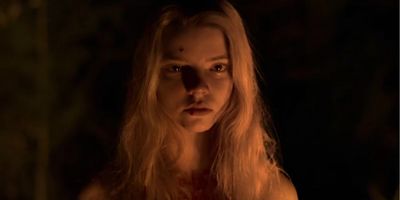 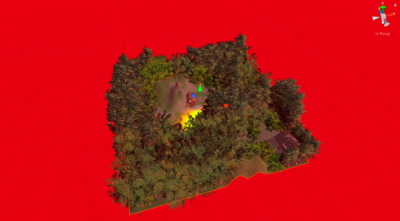 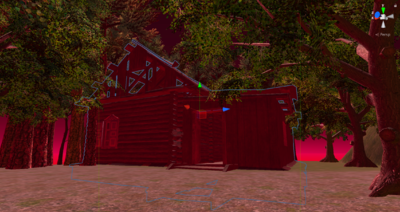 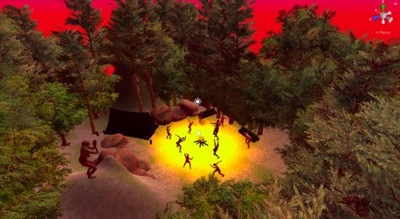 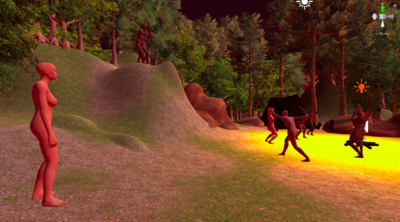 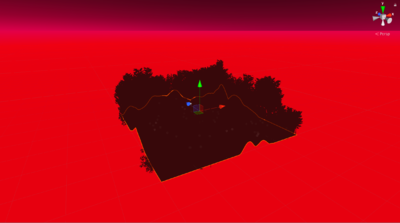 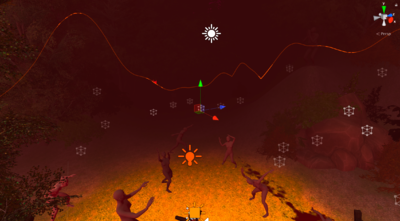 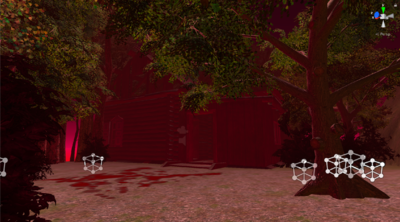 After some feedback from the BBB meeting, I decided to add some fog effects to my experience. It really helped with the horror aspect of the environment and played well in the scene. I got my inspiration from Mandy (2018) and their use of fog in a particular forest scene. As previously mentioned, their's was very bright red and I decided to mix in some darker tones from another scene they had - as seen from below.

To top things off, I went to the asset store and downloaded some more prefabs to add like blood stains and different types of shrubs. Overall, I hope my experience portrays some sort of narrative just as well as it conveys a feeling of horror and mystery. Enjoy!