With the help of subtitle detection i collected sentences which contains "i". So you can get to know the strong personalities from the hyped docu about the penny store at the reeperbahn.

With a pd program to detect frequencies and play them to new midi files, a piece by mozart quickly became "Alle meine Entchen".

With the help of AI i had a look at people in ads throught the decades.

When you open Instagram, TikTok und co you are surrounded by a never ending number of similar looking short videos. They convey different topics, perspectives and opinions but have similar appearance because they use the same audio track or meme reference a.s.o.. So they seem to have the same structure, but may contain political messages as well as trivial feel-good content; Putin propaganda as well as opinions about the new Spider-man movie. So different feeds in different persons bubbles will look superficially viewed very similar. Nearly all of these videos are made for short attention and are following a kind of trend, which defines the structure. I suppose this effect of conformity is caused by the recommendation algorithm. Creators may even know that and adapt their contents to these criteria. At least our viewing patterns are already adjusted. These structures, characterised by similarity, are at the same time repetitive in a replicating way, but also in an inspiring and variation creating way. I think it has the potential to set new contexts, connect and show various perspectives. But stuck in our bubbles, we may not recognize that.

This work represent exaggeratively such a bubble; a loop of suggestions. With similar appearance and to the same audio track, also to similar topics or actually more unsubstantial content. So maybe it is more a negative example of the uninspiring effects, the algorithm causes. Also you can play the video (in social media way) in an endless loop, so it goes “on and on“. The parts with this text line are made with subtitle detection. The other part of the video is made with the “pitch resorting“-tool and stands in contrast to the other ones. It deconstructed a collection of the most liked tiktoks and is playing the before played melody. Because of the unclear frequencies of the source material, it is a more rhythmic than melodic part. To mix everything more together and bring the melody more up I played the song snippets slightly alienated in the background also in this part. So I planned the two different types of parts in the video as very contrasting; exaggerated and deconstructed structure. The end result is playing with typical concepts on the background of algorithmic created Bubbles with different topics, but with (in my view) similar packaging. Something worth to think about further.

Photos of the process 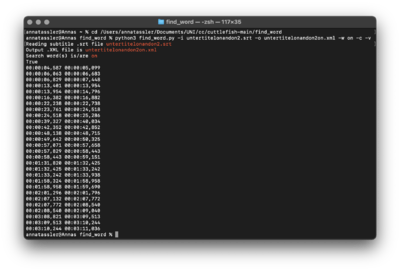 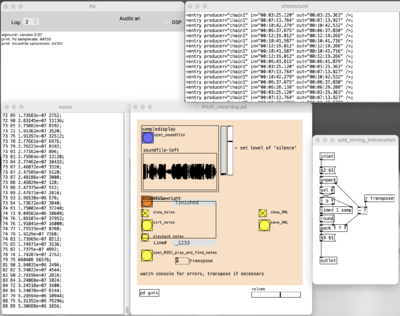 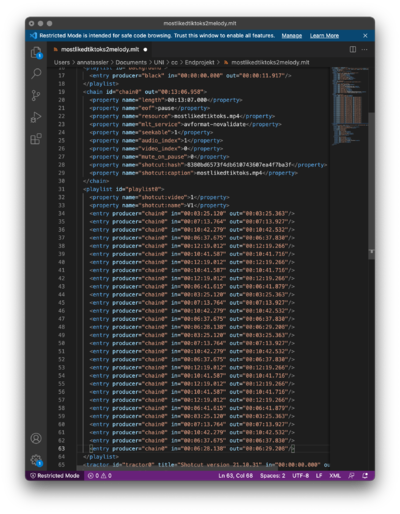