Idea Tweet an image that represented Interpol lyrics based on the aesthetics of the band. 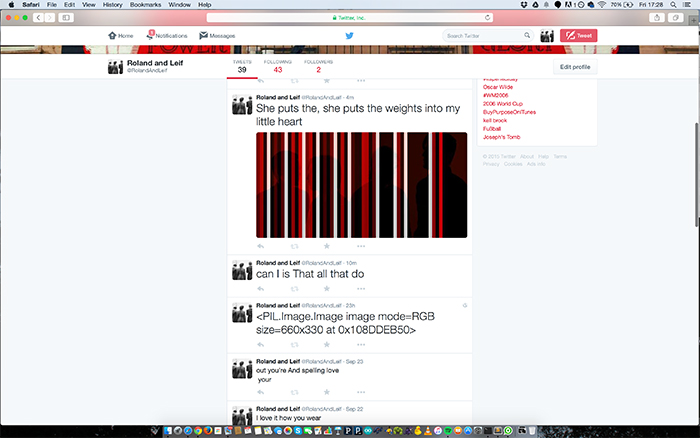 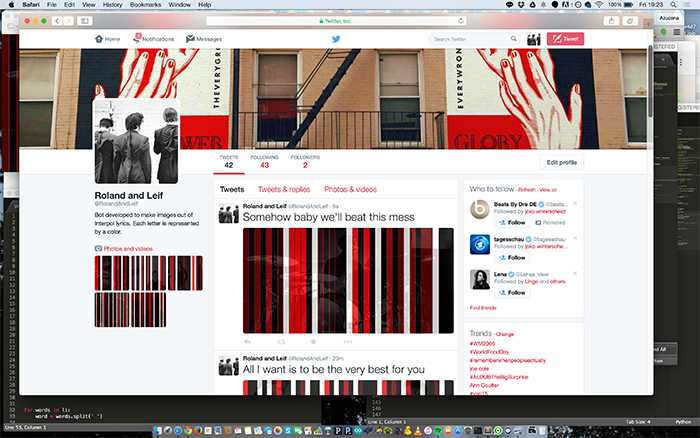 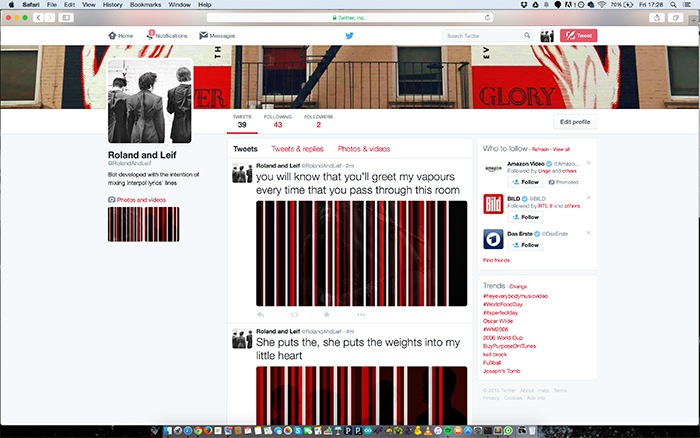 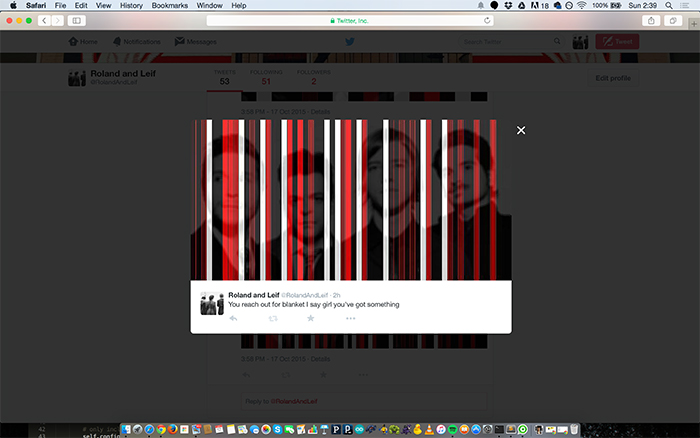 This is the final code

Robots have feelings too

At the end of the project I felt upset and frustrated with my results, but also happy. I like frustration. Interpol says: "you look so cute when you're frustrated" (and this is how it looks). So yeah I look cute and frustrated. 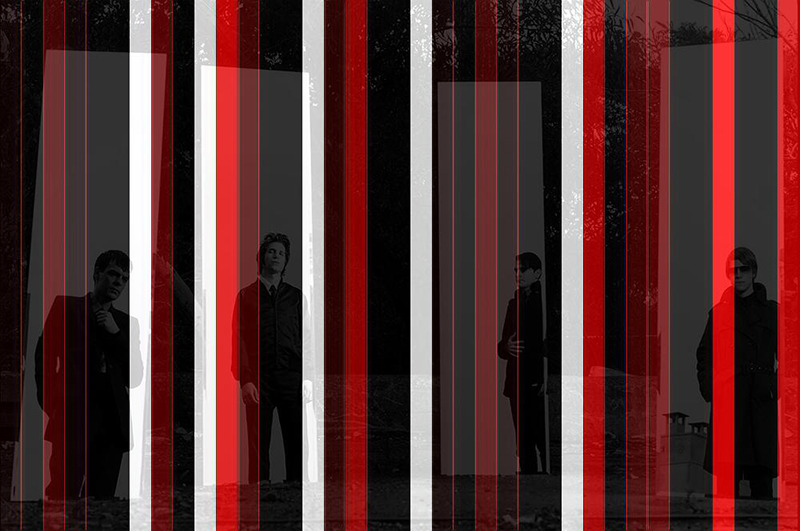 Anyways, though I didn't get the expected results, I did learned more about coding. I wanted to do more but at the time I tried to make my bot interact with people (on mention tweets), I didn't get to do it. This is what caused me frustration. I thought it was going to be easier but it wasn't. I am still trying to accomplish this, though I am afraid it will be too late by the time I'm done.

This bot was frustrating, yes. But I do feel happy with the result. It is a very personal fan project for I do love Interpol very much and to see music + maths + colors in one place is fascinating for me. To me, that's one of the main principles of digital art, the combination of colors and math. I am very glad that now I can see how the music that I love looks in white, red and black, Interpol's favorite colors.

I had fun along the way and I actually love to see and make a screenshot every time I was testing and running the bot and one of my favorite lines would appear in my screen. Also I retweeted myself many times, so yes. I am a narcisist. 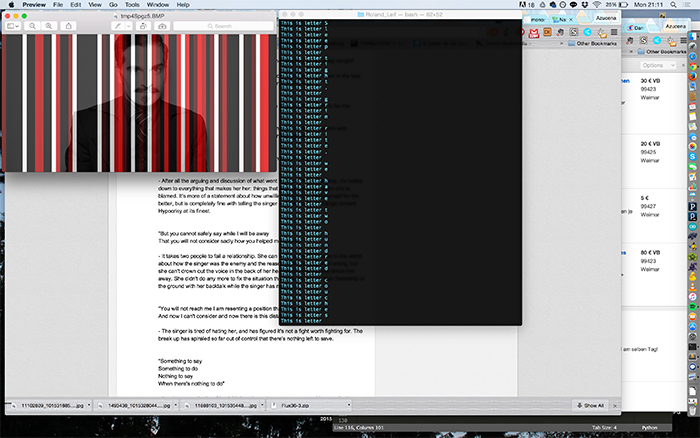 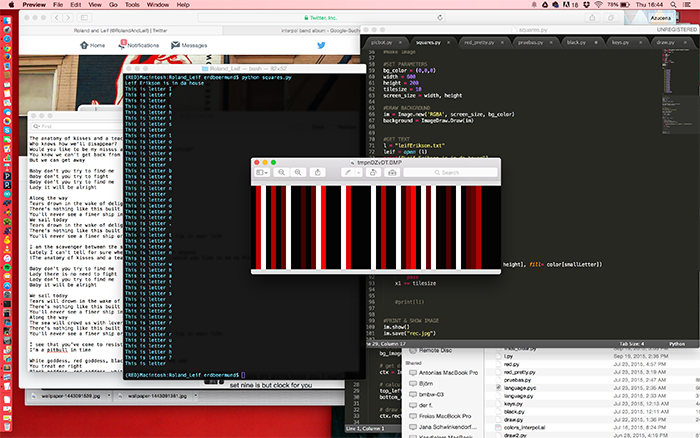 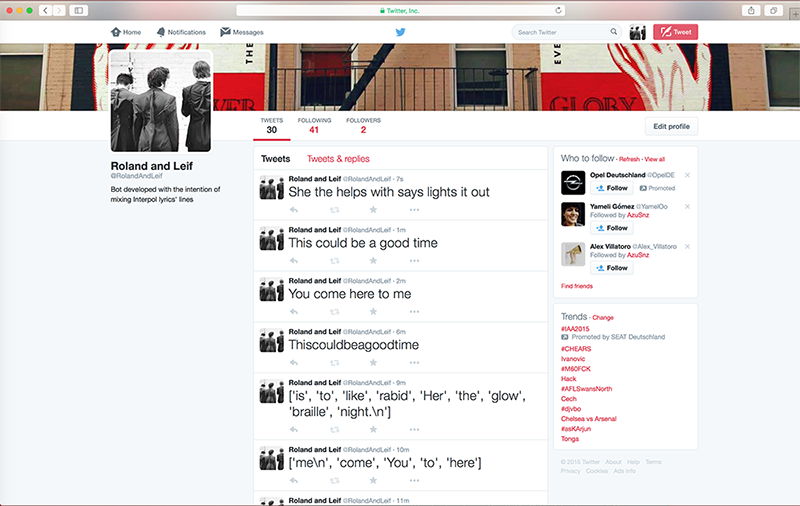 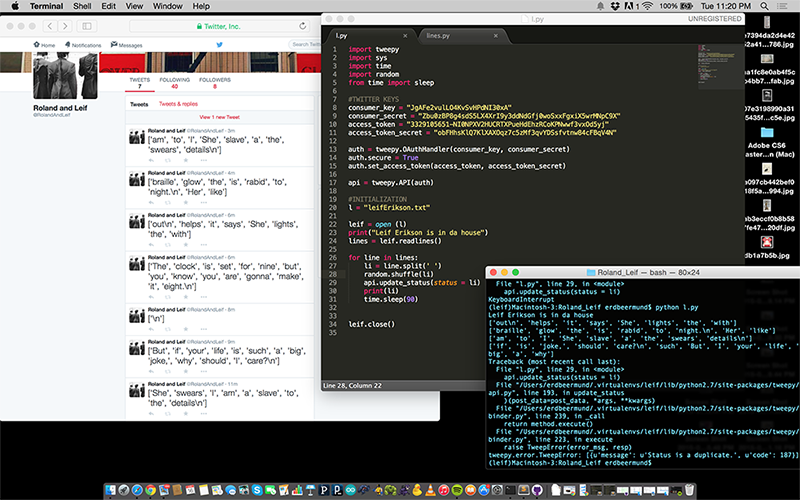 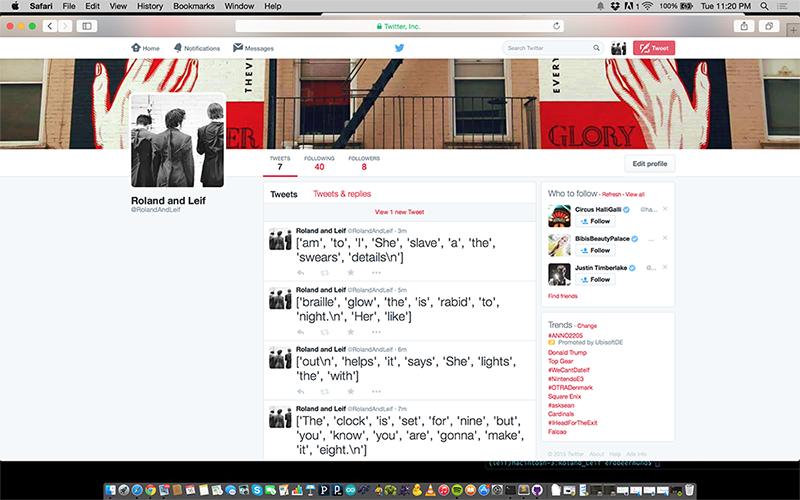 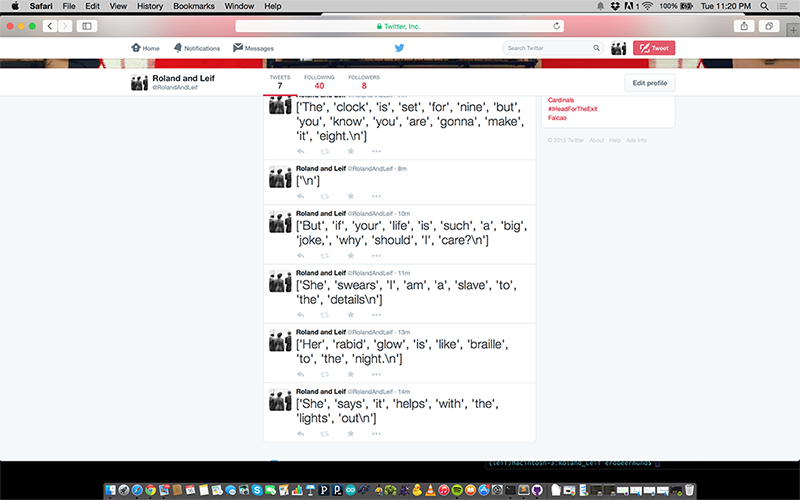 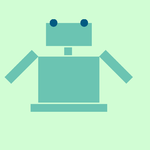