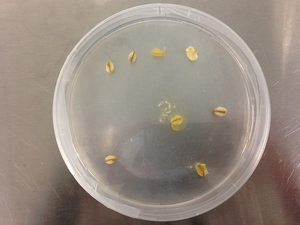 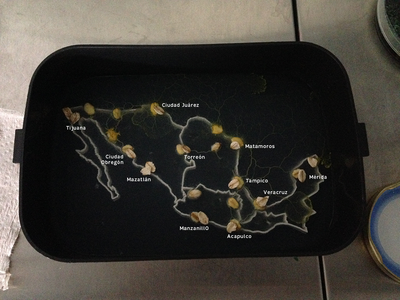 More oats were going to be placed. Cities that were not fed before were not going to be fed again, with the intention of making those points in the map weaker. Some physarum remained were the oats were and it kept the connections previously made but it mode so beautifully along the map that it even went to the glass. 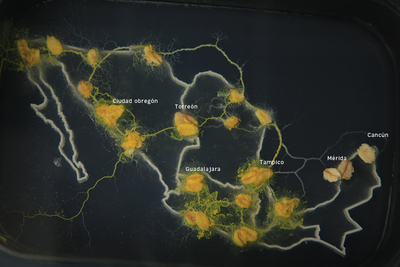