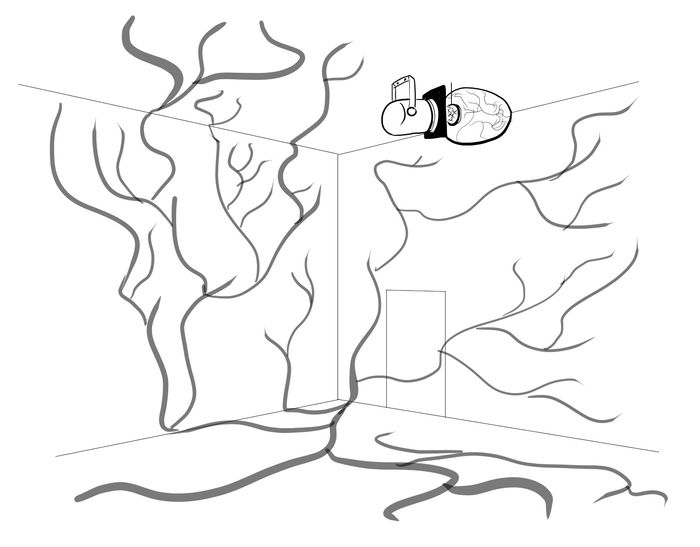 Even though the Slime Mold is able to survive in such an incredibly unique way, us humans subconsciously (or consciously) perceive this organism as a being that is ultimately inferior to us. This work breaks this hierarchy in a way. As I was trying to explore ways of reversing the interspecific hierarchical pyramid, I came to the realisation that one of the reasons why humans see unicellular organisms, which are beyond a doubt the most fundamental inhabitants of the earth, inferior to themselves, is because of their size. The installation explores a possible solution to the problem of equalising and maybe even reversing our sizes.

The installation takes place in a relatively spacious room (~25-30 m²). At the center of the room is a spherical mirror "projector", on which the Physarum Polycephalum is growing. A shadow of the growing Physarum is cast upon the walls of the room. The room is otherwise empty. Access to the room is achieved via a door which blends seamlessly with the surrounding walls. Visitors can only enter the room one by one, in order to intensify the intimacy and intimidation between the Slime Mold and the visitor. 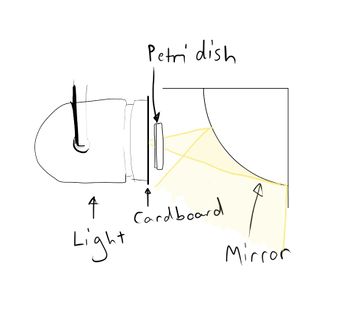 To ensure that the shadow casted is sharp enough, a strong, linear light source is placed in front of a spherical mirror. The light source is covered with black cardboard which has a small opening. A petri dish with Physarum Polycephalum is placed in front of the light. The agar medium inside the dish is prepared to be as thin and transparent as possible to ensure a clear projection. The projector is put high up in the room. Furthermore, the room is only lit up when a visitor enters room, in order not to disturb the Slime Mold with too much light and establish a healthy environment for its growth. 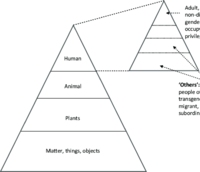