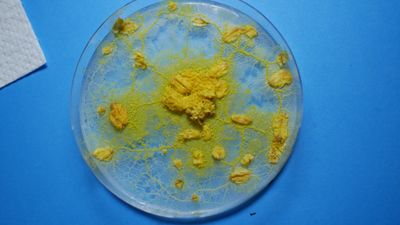 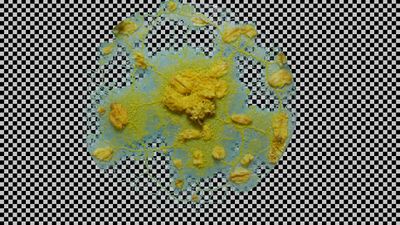 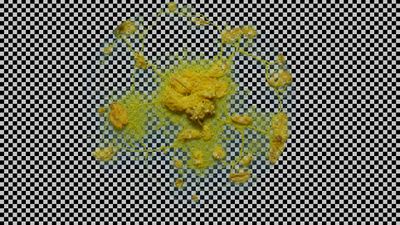 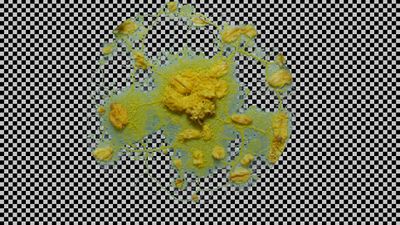 Previous tests have shown, that a medium that had synthetic ultramarine blue pigment in it, inhibited the growth of physarum. As a workaround, the timelapse-medium had a thick layer of blue medium and on top on that approximately a millimeter of normal, clear medium. With that, a test timelapse was shot overnight (about 10 hours of time). The camera used, was a blackmagic pocket cinema camera 4k, which had the unique advantage of the option to be cable-powered without any accessories. The timelapse was shot in BRAW 12:1 and 3840 by 2160 px and the resulting video was 3 minutes and 16 seconds long. Because oat flakes in the shot would give away the true scale of the image, a bedding of E. coli bacteria was grown and prepared on the plate. The shot was lit by a continuously running LEDLight-emitting diode-Panel with a power of 15w. Sadly, the specimen of physarum was not very strong and grew only very little during the interval.