Link of the final project: [1]

The cinema is often described as a mirror of the world. Movies are indeed made about every important event, that has perhaps happened in real life. Nevertheless, movies are also a source of inspiration. They influence our actions, give us ideas, and they can even change our ways to be. Therefore, there is a mutual influence between cinema and real life. This mutuality allows us to observe the evolutions of our society as well as the reality portrayed in movies. The equality between men and women is for example one of these societal evolutions that one can see through movies and that reflects a social reality.

In 2018, progresses have been made for equality between men and women. It’s common for women to have a job, earn more money than their husbands or live alone. Whereas, men can cook, look after children or go shopping. However, social habits are difficult to break and many customs remain to be stereotypically followed by one of the genders. Occasions to see very powerful women or men who care a lot about beauty are indeed rare. Similarly, it’s more frequent to see women who are crying and men who are shooting bullets than the contrary possibilities in reality. Nonetheless, it doesn’t mean that these situations don’t exist at all and to communicate them is a way to fight against the gender stereotypes created by our society at large.

My first idea was to show pictures and/or videos of people who question gender stereotypes. This idea occured to me from the music video Mon Kid of the french singer Eddy De Pretto. In this song a father speaks to his son and explains to him how he should behave in order to become a grown man. He expects his son to be strong, never to cry, not be weak, not listen to women, be competitive, etc. At the end of the song the son answers to his father, explaining that he doesn’t feel very virile, he plays with girls for example and he doesn’t want to become a stereotypical man but rather develop his own identity. During the whole song the music video shows the shirtless singer in a weights room. He is thin, sweated and not virile at all. I liked this music video because it uses irony to deconstruct the male stereotypes and I found that showing the opposites of the stereotypes is a good way to make people think about these already-held ideas. 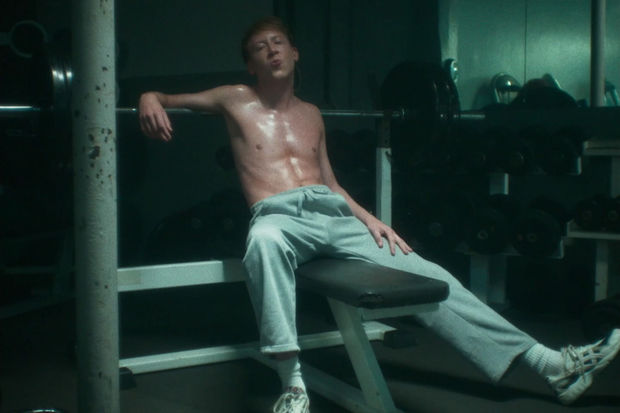 I couldn’t work on all gender stereotypes, that’s why I decided to make a list of the most obvious ones:

After writing this list, I started to search for videos of men and women, who correspond to a word on my list. I had to start somewhere, so I chose to focus my researches on the words « power », « physical force », « agressive », « superficiality » and « beauty ». I wanted to make a video for each word.

The Example of "beautiful women": 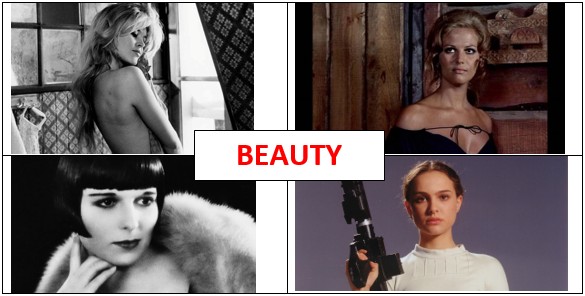 The video was supposed to show the stereotype at the beginning (an agressive men for example) and then to show more and more people contradicting the stereotype (many aggressive women). It was also important for me to show several people at the same time on the screen in order to convey that the stereotype doesn’t correspond at all to reality. At this step of my work, I realised that pictures of these actions were not easy to find, which confirmed how the gender stereotypes are deeply settled in society. I also realised that most of the videos that I chose came from science-fiction movies (pictures of powerful women for example) and it was a problem because I couldn’t show the reality if the characters of my video were living in a fictional environment. I could have chosen to make the whole video with realistic pictures found on the internet, but instead preferred also to use these fictional pictures and associate them to more realistic pictures to show that the gender reality doesn’t exist only in movies. In addition, putting fictional and real pictures together was a way to prove that what we see in movies is inspired by real events whereas movies can inspire people’s actions.

Finally, I chose two themes for my work: shooting women and crying men. I abandoned the idea of starting with pictures of the stereotype because I considered it was a waste of time given that everybody has already seen many of these pictures: no need to show beautiful women, you can see them everywhere in advertisements on the street. I chose these two themes because it was easy to bring them together and create a new sense: the men are crying because they are afraid of the shooting women. To associate both of the „anti-stereotypes“, I mixed videos of shooting women and crying men in the editing. The final project starts with scenes of fictional movies, then it comes to realistic movies and it ends with scenes of real life. Some scenes are modified (accelerated, colored, with a louder or lower sound) to help the coherence between the scenes. The sound was sometimes too loud for example and it didn’t allow place for other videos’ soundtracks, therefore I reduced it.