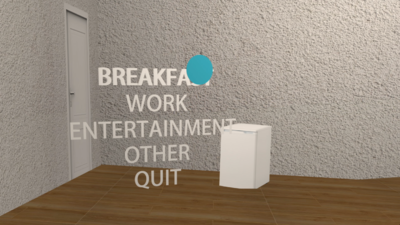 This video is about the reflection on a future vision of information and communications. It shows on Wikipedia that there were at least 230 companies developing VR-related products by 2016. It has been widely known that VR technology is used in games and entertainment industry. However it hasn’t been limited in these games and entertainment, for example NASA and Microsoft cooperate to apply the Hololens system to the space station ,so that the astronauts can learn various operations in aerospace quickly. There are more and more ways virtual reality can be used which provide benefits to us. Thus, increasingly parts of our life will be possibly covered by virtual reality in the future and each other will be connected through the Internet. By that time people will not be limited by reality and are able to step into an infinite platform where include numerous information and decisions. Then it brings a new discussion for us if the system build one’s personality or one can make more and more individual decisions through the system. The black and white animated part shows one’s activities from perspective in reality. The rest parts are the view in virtual reality.