When you're in a neutral position towards a person, it's easy to tell whether or not his spoken words are of value. But the case is different if you're a follower of a figure that is of a high position in a country, then one might not think twice about the words coming out of that figure's mouth and you would be an automatic believer.

Would these spoken words carry the same value and weight when they're no longer attached to that person? 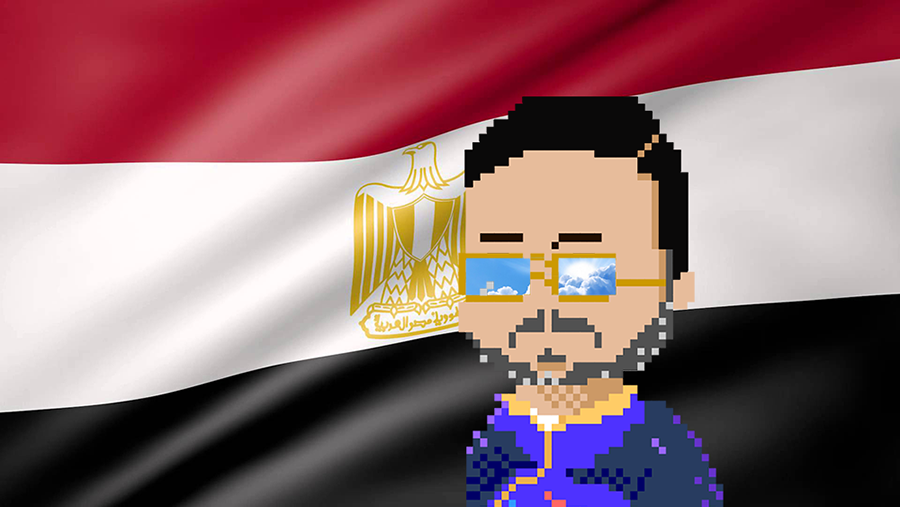 In an approach to examine this; I created a new character who has no value nor weight attached to him. I called my new character Fahim Fahmi Abu El Mafhumia; his name reflects a know-it-all kind of person. Fahim Fahmi is in his early 60s, spends most of his time at a local coffee shop, always carrying a newspaper with him and likes to start debates with the other people at the coffee shop. 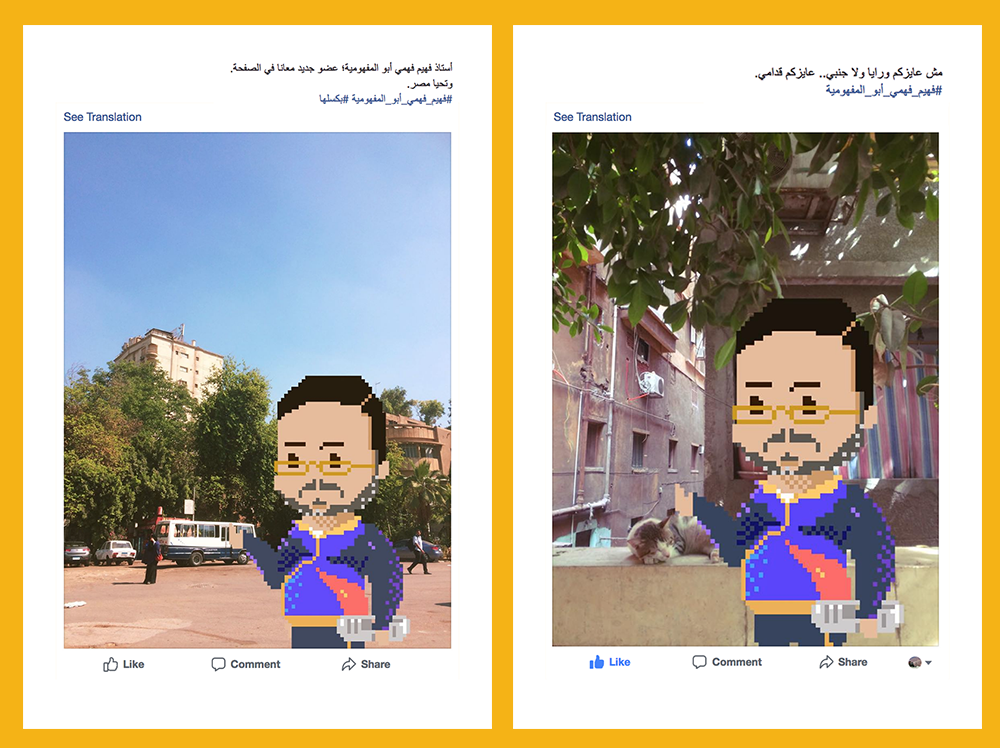 Pictures of Fahim Fahmi are posted on social media along with words that were originally spoken by famous Egyptian figures, from people of political power, TV anchors, etc. However, in these posts, it's never mentioned that what Fahim is saying was originally said by someone else. I leave it to the viewer to examine these sentences and how much sense they do make at the end. With the 2018 presidential elections approaching I decided to narrow my choice of quotes and went with ones spoken by the current Egyptian President.

To stress more about the lack of meaning behind the quotes, a balloon was added; words of no value are just air in a balloon that gets popped.

Translation:"They've poisoned our fish to end us, Arabs" quoted from a journalist

Translation: "We have accomplished a lot in these years, but I'm not going to list them for you to keep the evil ones away."

Part of a conversation I had with my father when I shared one of the pictures of Fahim Fahmi with him. He told me that one of the sentences seems like something the Brotherhood party would say; their actions are always opposed to benefiting the country. I didn't mention to my father that this sentence was actually said by El Sisi, the current president of Egypt who my father supports. 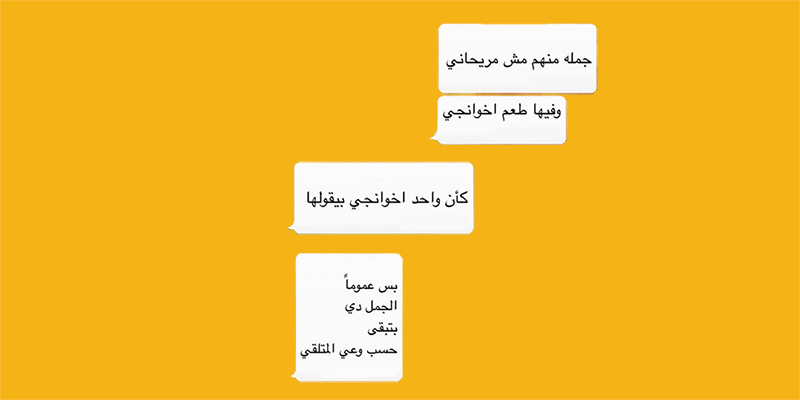