Difference between revisions of "Cosmo Schueppel" 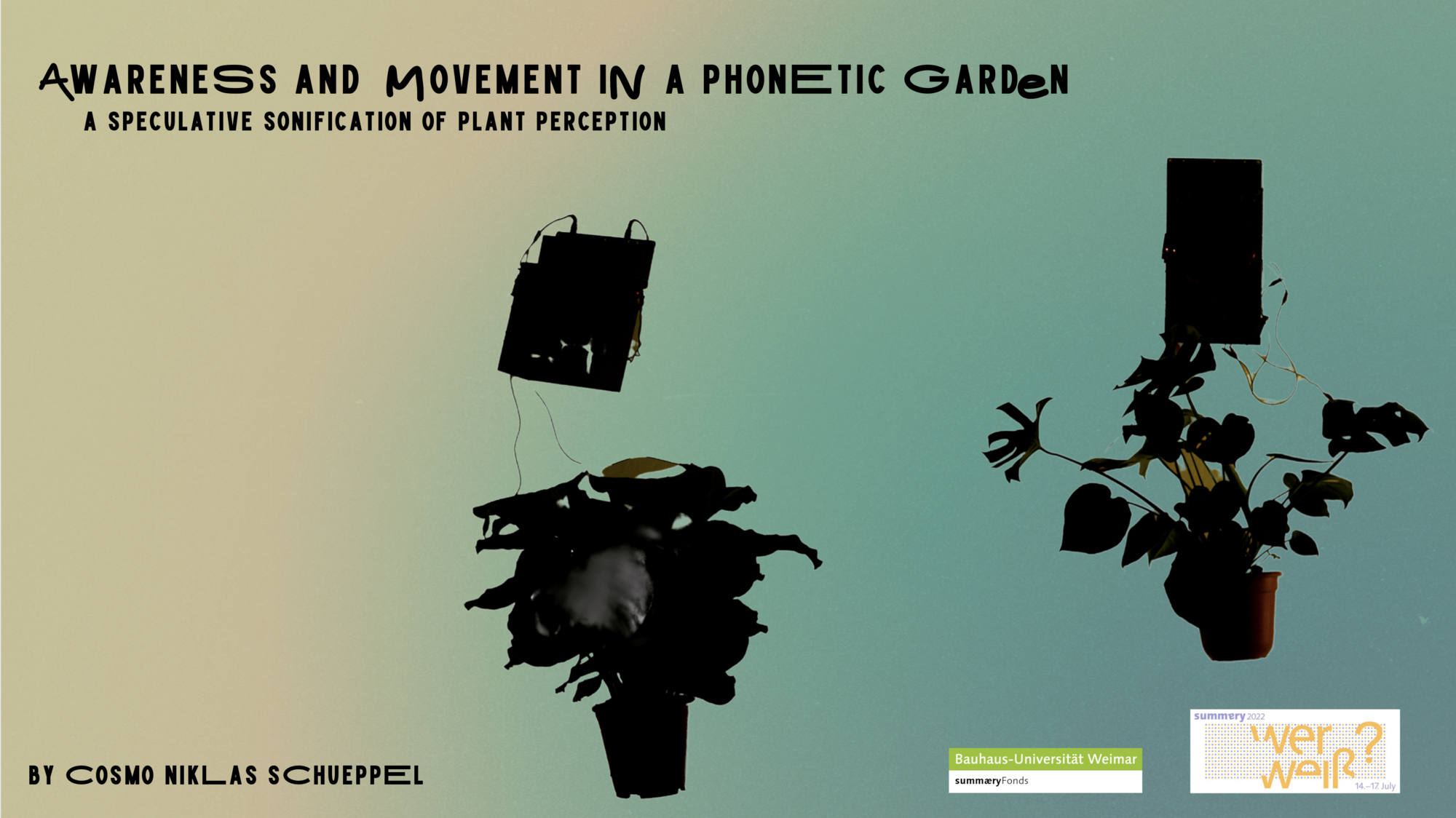 The movement responsive sound installation awareness and movement in a phonetic garden is a speculative attempt to make the field of perception of a plant experienceable. The installation uses plants to measure the naturally occurring electromagnetic fields in the exhibition space. Through this, the self build measuring device can ‘sense’ humans because their natural electric field. Meaning, when a human enters the space, their natural electric fields has an impact on the one on the space. Measuring electric potential is used as a reference to the fact that plants use electric signal for internal and external communication. Furthermore it opens up the speculative thesis, that plants might be electrosensitive beings.

The work tries to illustrate plants as sentient beings. To be a sentient being means to be able to perceive your surroundings. By this it aims to open the topic of subject/object relationships. Plants are widely conceived as objects to be used and to be controlled. By giving them a 'voice', the installations shifts the awareness of the visitor, from passive and unresponsive, to an active and aware conception of the plants. In other words, the plant is seen as a being that is alive and that is able to see ‘me’. By showing the sonification device openly and stylised - the plants steps into a symbiosis with it. The electronic device is used and is perceived as a bridge between human and plant. Technology functions as a translator between wo*mankind and nature - as an instrument for connection and interaction.

For the sonification, a simple data-responsive sine wave is used. This sine wave is created with an Arduino and is modified with a analog spring reverb - usually to be found in vintage guitare amplifiers. This signal is amplified and played by a loudspeaker. The whole device runs on a 9V battery, to not disturb the measuring of the electric fields. By using two 9V batteries, the device is portable and could be placed in nature or in a public space.

At the beginning of this process, I went out to find a way to measure how a plant can sense the world. Scientifically it is very well known that plants can adjust to different environmental factors, like heat, humidity, light and even touch. I quickly got captivated by the possibility that plants can sense even more, that they have a clearer picture of their surroundings. The idea of plants as electrosensitive beings rose up in me. This thesis is of course highly speculative and derived out of a vast unknowing. But the idea that plants might be even more sentient than we think stayed with me. Out of the scattered knowledge I gathered, (references at the bottom) I believe that measuring different electric potentials in and in between plants and measuring their electric signalling, will be an opportunity to learn more about the informations that plants can notice. I am planning to continue this research in the coming semester.

Example of the sound 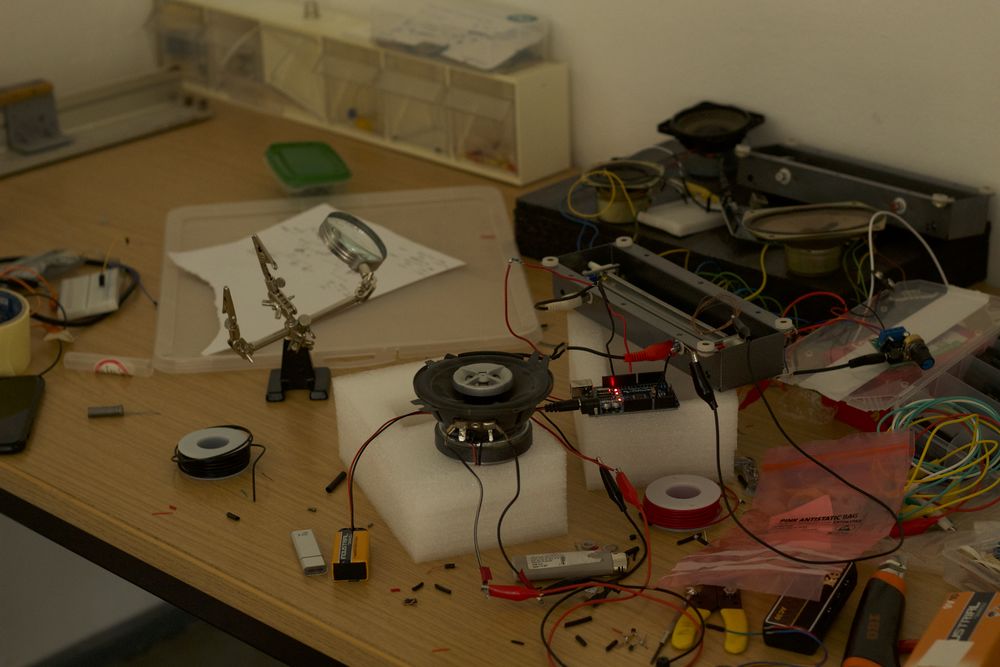 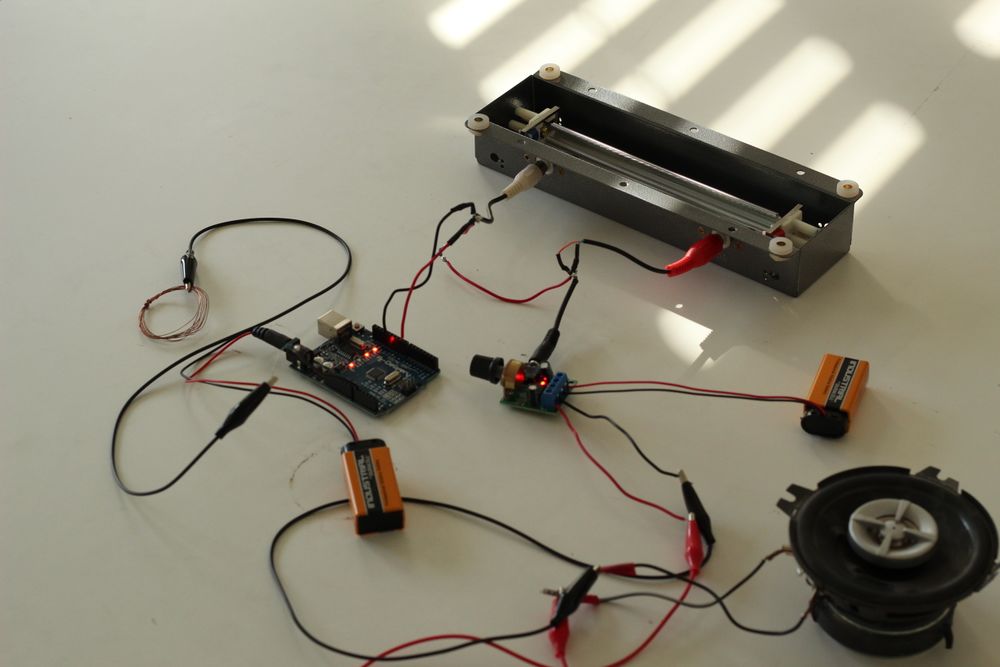 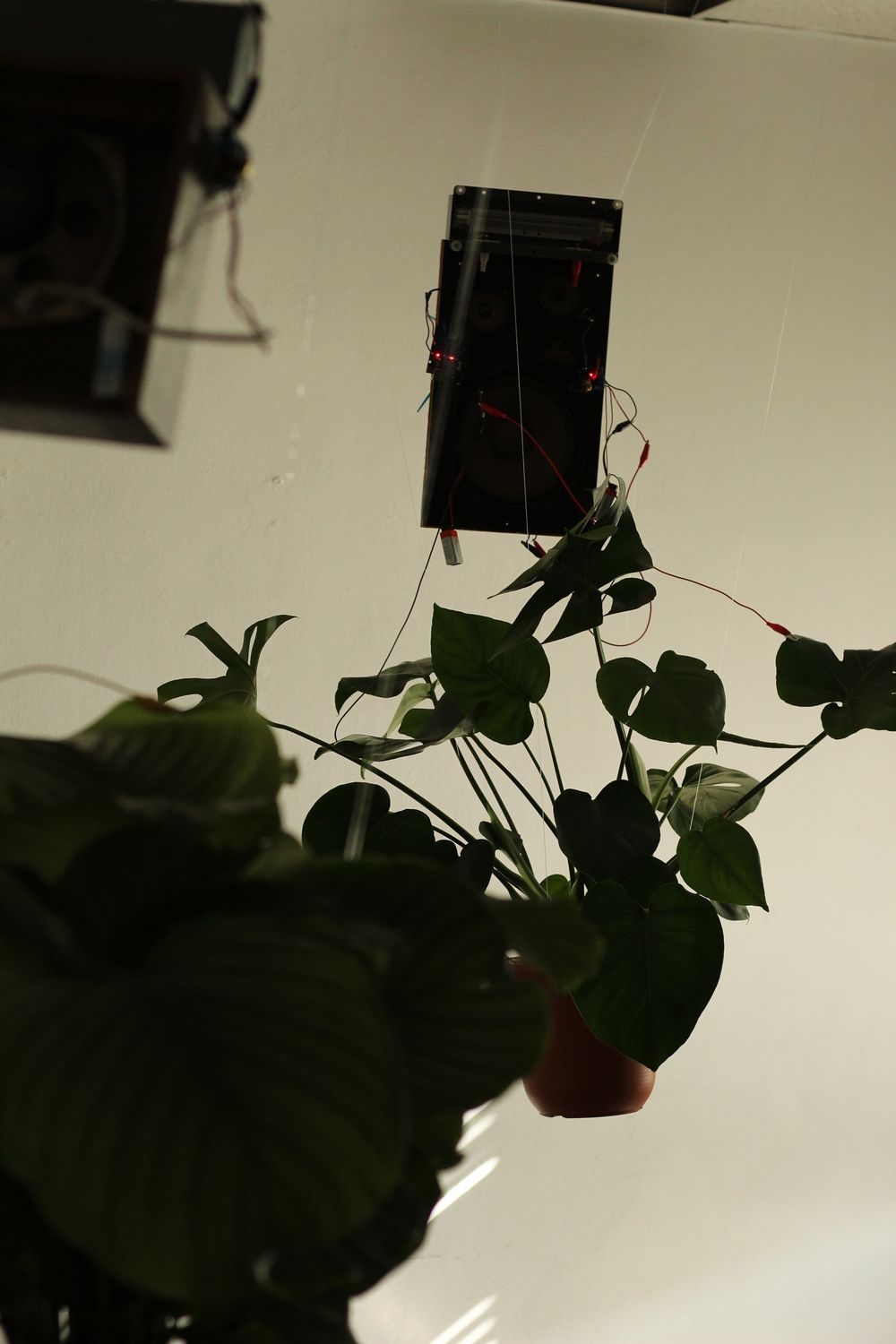 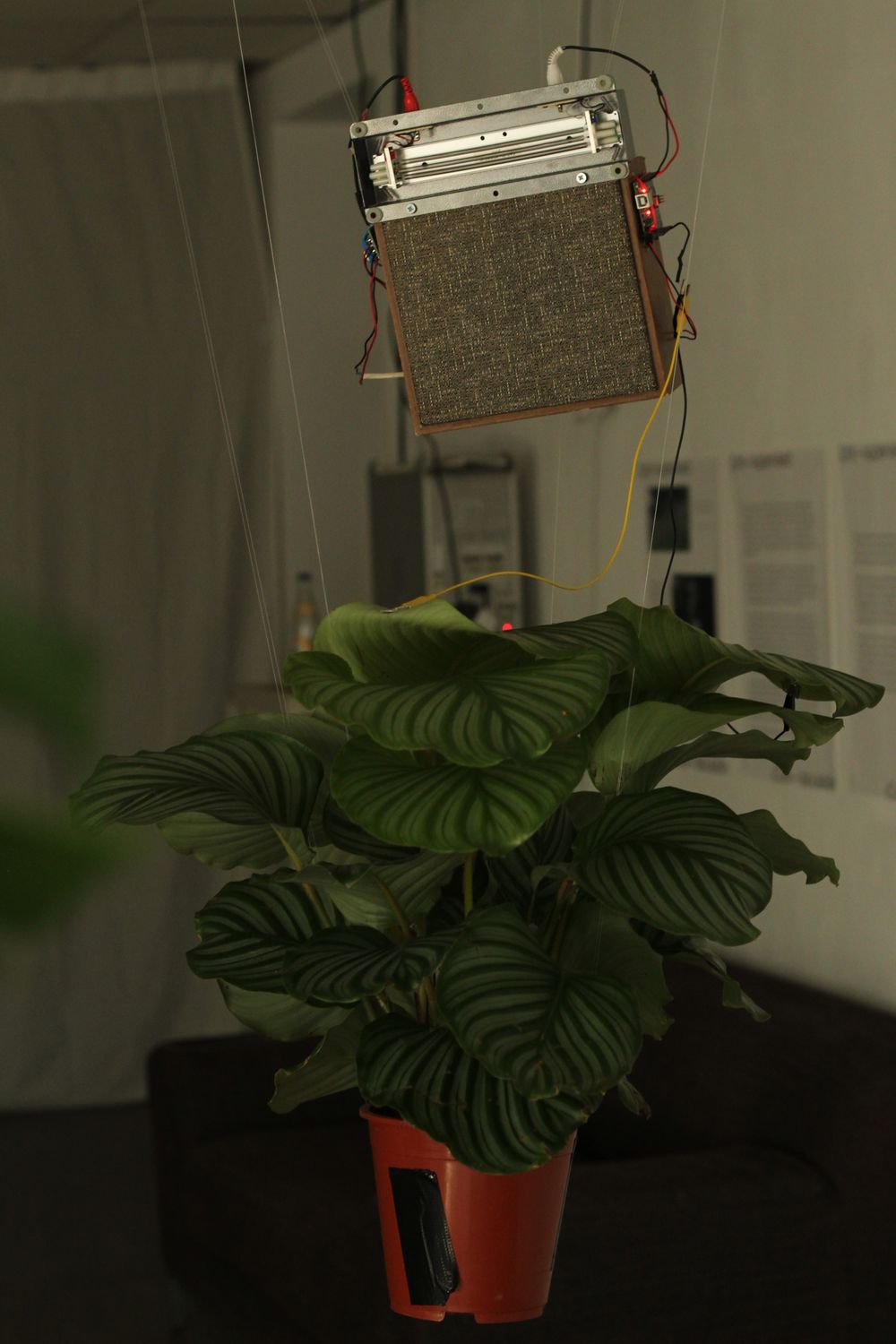 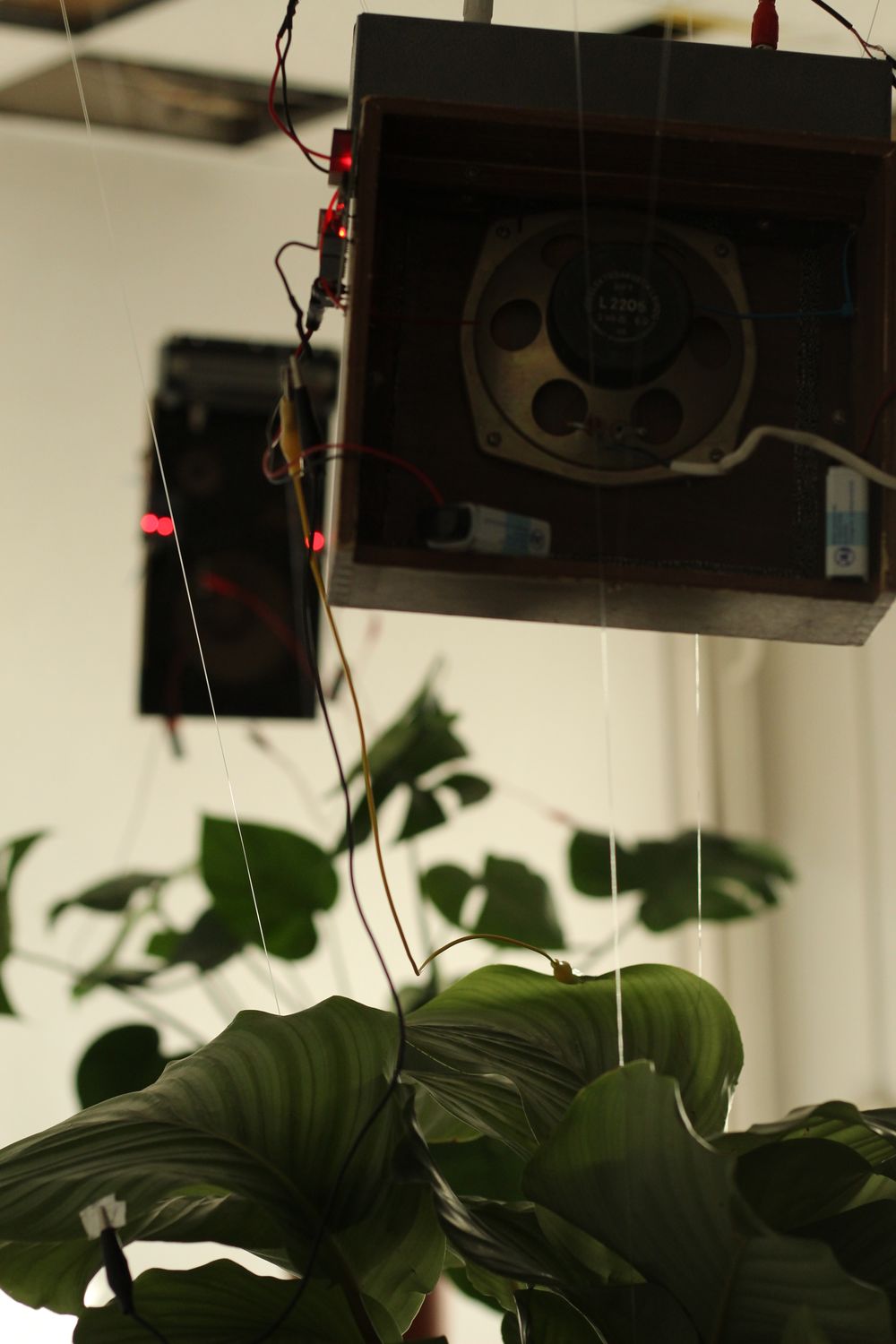 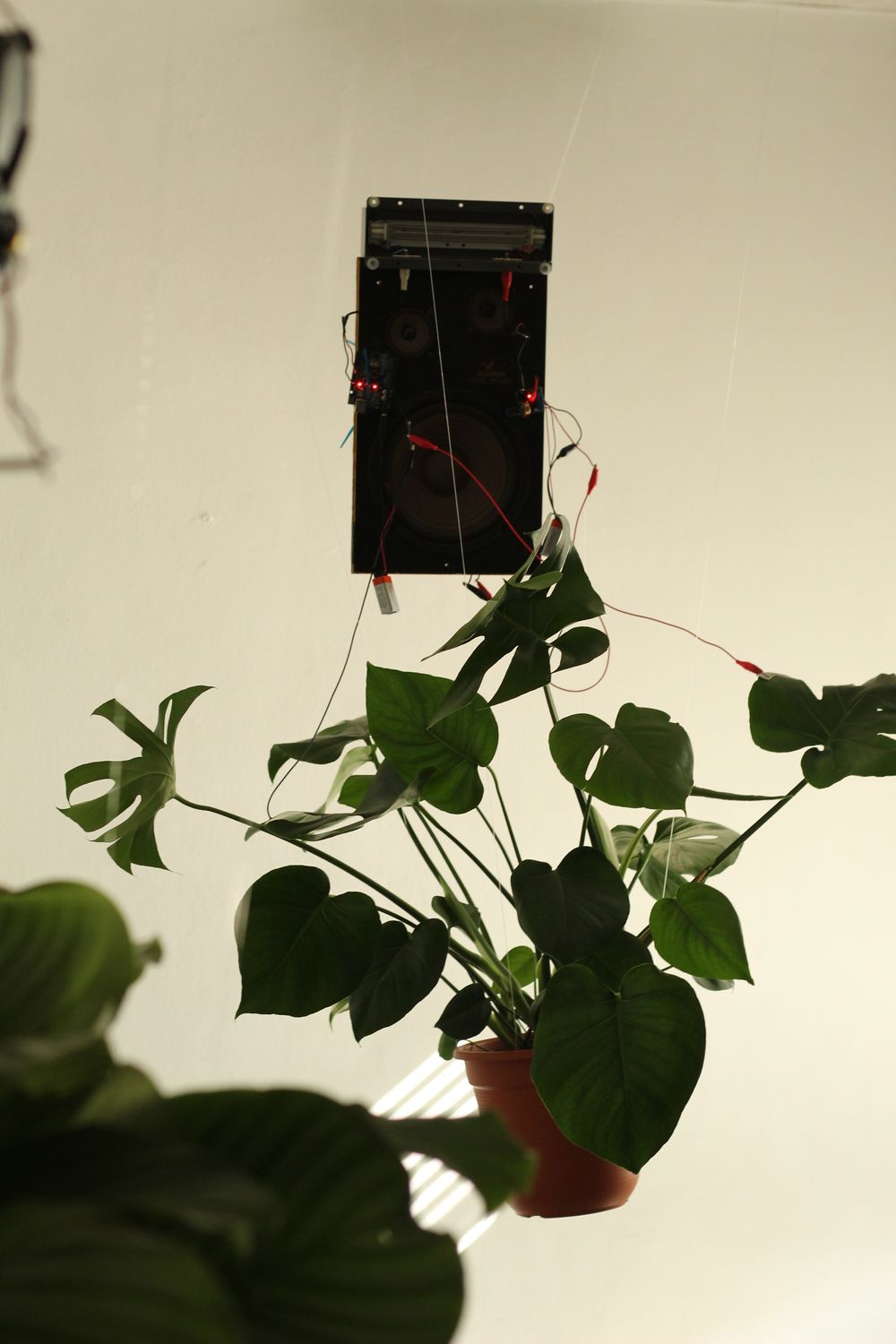 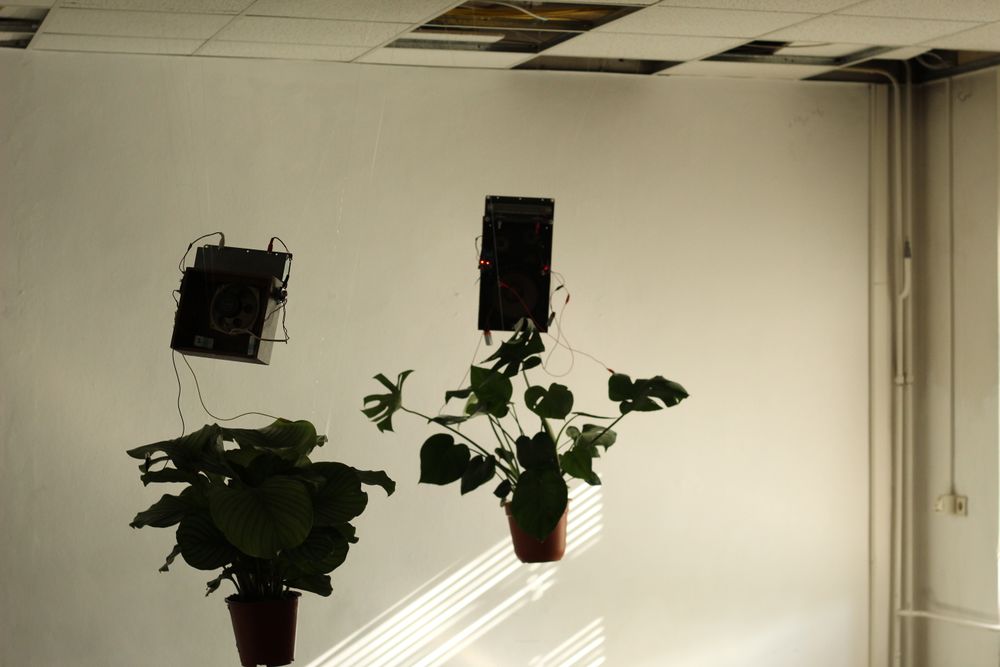 references and background research - a selection

File:The Integration of Electrical Signals Originating in the Root of Vascular Plants.pdf

File:1597645969Recognizing Individuals and Their Emotions Using Plants as Bio-Sensors through Electro-static Discharge.pdf

earlier stages of the project

Project research the state of June: